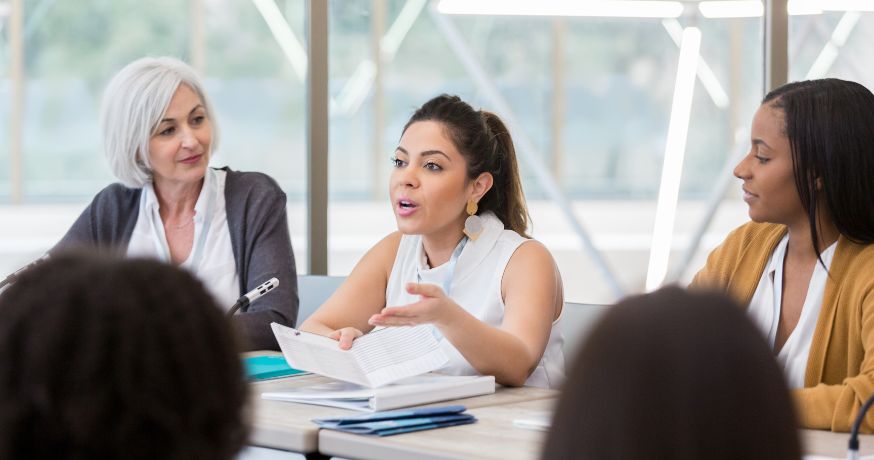 Study Details: The same advice was given by men and women to participants at several levels of increasing assertiveness. For example, two of the most extreme levels were more confident/assertive (“If you listen to my advice, I can assure you that my skills and experiences will help you perform well in this game”) and least confident/assertive (“You probably have better problem-solving skills than I do, but here is what I am thinking”).

Putting your hands on your hips for a few minutes (in private) before entering a meeting can boost feelings of confidence about participating.

Source: The Power Poses That Will Instantly Boost Your Confidence. Inc. December, 2015.

Watch out for words that result in less confident communication. Do you really need them?